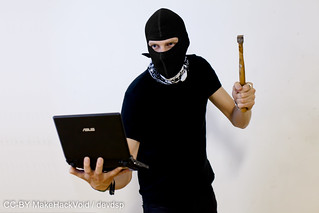 For the pre-production step of this project, I was tasked to write the screenplay for my team. I spent one night cranking out the first draft, and spent four days working with my team to edit and perfect the screenplay to the best of our ability. I made an effort to contrast time by __, and use a little bit of inter cutting in to keep the plot moving forward at a fast pace. I looked at fight scenes so I could figure out how to write fast motion for the fight we have in our film. I wanted to use visual foreshadowing, possibly with shadows and focus on items that don’t initially seem important, because it is something that I love to see in film. I also love seeing wardrobe reflect a character’s true identity, so as I crafted characters, I toyed around with color motifs and attempted to visualize what tropes I associate with certain articles of clothing.

I found myself adding new scenes as I wrote, and developing characters and actions more.

We come to understand that the team is very similar to a family. We see them interact, and grow attached to them, even though they are technically in the wrong for the movie.

John goes from a threatening authority figure to more of an equal We expect him to be “right”, but he’s more out for himself than the team is.

Lots of the character development comes through realizing the actual role of the characters with the rest of the team. We see Kris emerge as a reluctant but formidable leader, Marten as a snarky and intelligent hacker, and Chuck as the protective fighter.

It’s modern day, and a small hacking ring is causing minor chaos. They seem themselves as a group of Robin Hoods, stealing money and information from the elite and sharing it with the world. Common citizens have very different opinions on if the hacking ring is doing right or wrong. They’ve been working together for a couple of years, and are clearly very close. One of the teams in the ring, in a nondescript city, is suffering. Three teammates are working together in an attempt to break the leader of the team out of prison. One of the police detectives in the city is assigned to the case, even though their personal beliefs align more closely with the hacking ring then they do with the law they are supposed to uphold.

I learned a lot about compromising for this project. I also looked at places that I hadn’t previously looked before for inspiration. I also learned to be a little more fearless, and to just dive headfirst into something instead of letting fear of my writing not being good enough holding me back. I also discovered how much we unintentionally draw inspiration from other sources. I also got better at cranking out a project on a short deadline.